[Click on the images to view an enlarged version] 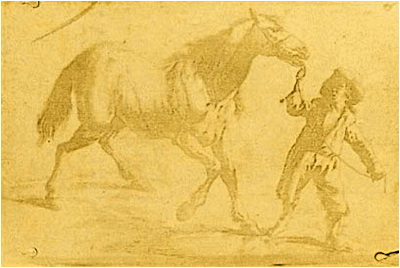 
Earliest known, surviving heliographic engraving in existence, made by Nicéphore Niépce in 1825 by the heliography process. His illustration is of an etching printed from a metal plate that was etched following alteration of the ground by sunlight; the image is of a 17th Century Flemish engraving showing a man leading a horse.

First Photograph Ever Taken
“View from the Window at Le Gras” 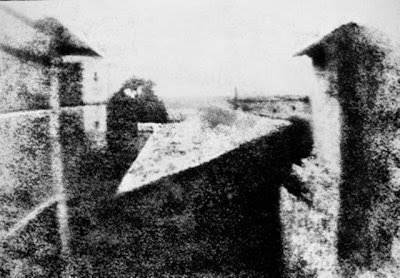 Centuries of advances in chemistry and optics, including the invention of the camera obscura, set the stage for the world’s first photograph. In 1826, French scientist Joseph Nicéphore Niépce, took that photograph, titled View from the Window at Le Gras, at his family’s country home. Niépce produced his photo—a view of a courtyard and outbuildings seen from the house’s upstairs window—by exposing a bitumen-coated plate in a camera obscura for several hours on his windowsill. 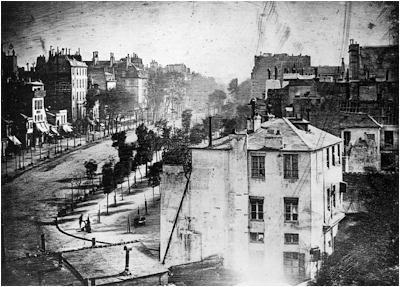 This photograph of Boulevard du Temple in Paris was made in 1838 by Louis Daguerre, the brilliant guy that invented the daguerreotype process of photography. Aside from its distinction of being a super early photograph, it’s also the first photograph to ever include a human being. Because the image required an exposure time of over ten minutes, all the people, carriages, and other moving things disappear from the scene. However, in the bottom left hand corner is a man who just so happened to stay somewhat still during the shot — he was having his shoes shined.

The man is pointed by the arrow. The identity of the man is not known.
[Click on the image to see an enlarged view] 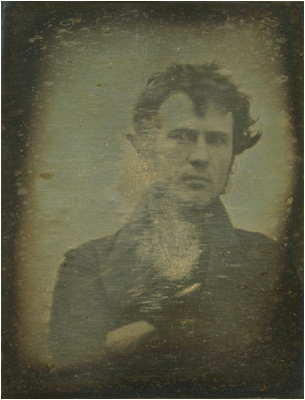 Robert Cornelius, self-portrait, Oct. or Nov. 1839, approximate quarter plate daguerreotype which is a procedure invented in 1839 using silver on a copper plate. The back reads, “The first light picture ever taken.” This self-portrait is the first photographic portrait image of a human ever produced. 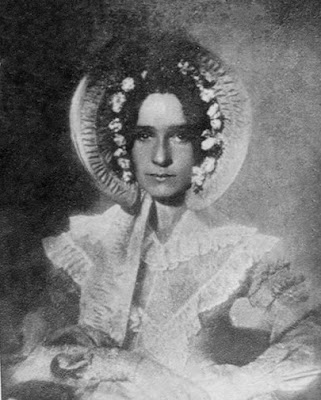 
Before the recent discovery of the 'Cornelius' photo, this was the oldest known photograph portrait, made by Dr. Joseph Draper of New York in 1840. The subject is his sister, Anna Katherine Draper 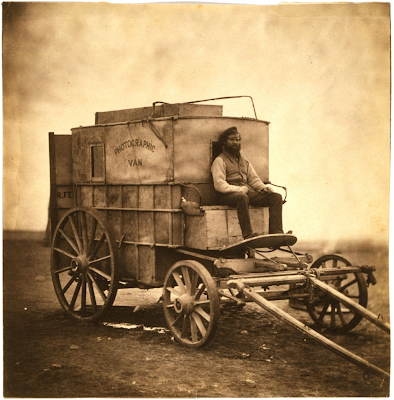 Roger Fenton (20 March 1819 – 8 August 1869) was a pioneering British photographer, one of the first war photographers. In 1855 Fenton went to the Crimean War on assignment for the publisher Thomas Agnew to photograph the troops, with a photographic assistant Marcus Sparling and a servant and a large van of equipment. Despite high temperatures, breaking several ribs, and suffering from cholera, he managed to make over 350 usable large format negatives. An exhibition of 312 prints was soon on show in London. 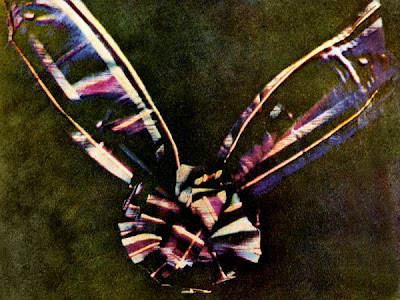 Best known for his development of electromagnetic theory, Scottish physicist James Clerk Maxwell dabbled in color theory throughout his life, eventually producing the first color photograph in 1861. Maxwell created the image of the tartan ribbon shown here by photographing it three times through red, blue, and yellow filters, then recombining the images into one color composite. 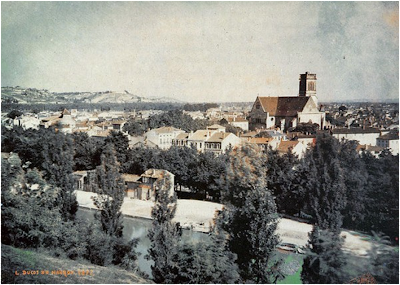 Before the autochrome process was perfect in France, this photograph was taken by Louis Arthur Ducos du Hauron who invented the subtractive (cyan, magenta, and yellow) color method of taking photographs. Louis was a French pioneer in color photography and he worked in both subtractive and additive (red, green, and blue) color. This particularly photograph is called “Landscape of Southern France”.

Photo of the first Photographic Studio 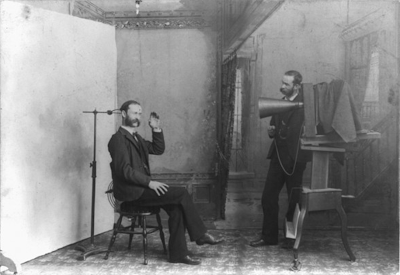 A photographer appears to be photographing himself in a 19th-century photographic studio. 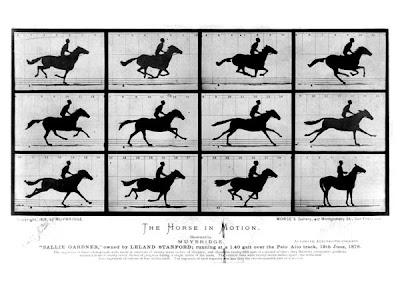 The settling of a debate—whether, during its gait, all four of a horse's hooves are simultaneously off the ground—first spurred English photographer Eadweard Muybridge in 1872 to look for a way to capture the sequence of movement. It took six years, but in 1878, Muybridge succeeded. He arranged 12 trip-wire cameras along a racetrack in the path of a galloping horse. The resulting photo sequence proved that there is a point when no hooves touch the ground and set the stage for the first motion pictures.

Oldest Known Photograph of a Tornado 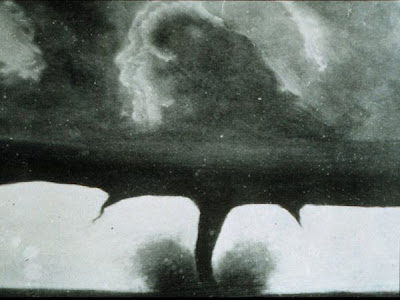 An unknown photographer inspired legions of tornado-chasers when he captured the earliest known photograph of a tornado. The black-and-white image was taken on August 28, 1884, about 22 miles (45 kilometers) southwest of Howard, South Dakota. 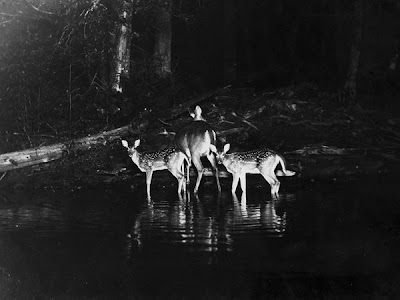 This flashlight photograph of a white-tailed doe with her fawns was among the world’s first nighttime photographs of animals, shot by photographer and wildlife enthusiast George Shiras. A pioneer in flashlight and trip-wire photography, Shiras captured this shot in Whitefish River, Michigan, around 1906, using a remote-control flashlight camera triggered when an animal stepped on the trip wire. 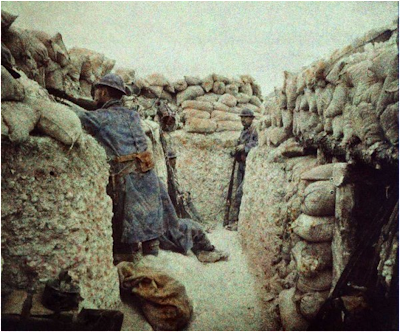 
First Photo of the North Pole 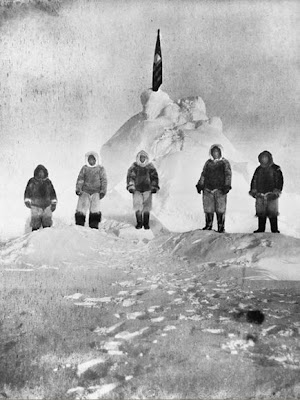 
In April 1909, Admiral Robert Peary and his team (pictured here), including Inuits Ooqeah, Ooatah, Egingwah, and Seeglo and fellow American Matthew Henson, became the first explorers to reach what they believed to be the North Pole. Later studies found that Peary was actually 30 to 60 miles (50 to 100 kilometers) short of the Pole. 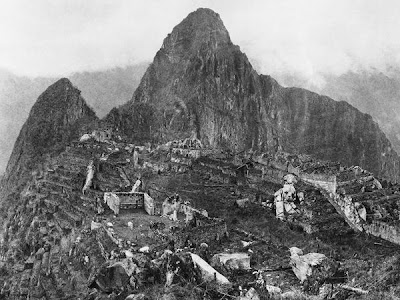 In 1912 Yale University professor and explorer Hiram Bingham was searching in the Peruvian Andes for the ancient Inca capital of Vilcabamba when he and his guide stumbled onto one of the greatest archaeological finds in history. Thanks to his photographs of the lost city of Machu Picchu, Bingham andNational Geographic helped bring archaeology out of the field and into people’s homes. 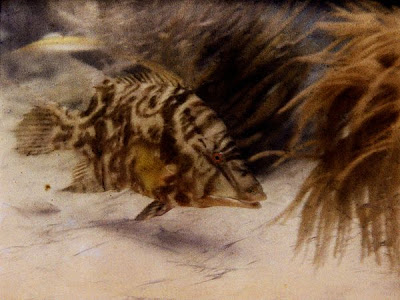 Underwater color photography was born with this shot of a hogfish, photographed off the Florida Keys in the Gulf of Mexico by Dr. William Longley and National Geographic staff photographer Charles Martin in 1926. Equipped with cameras encased in waterproof housing and pounds of highly explosive magnesium flash powder for underwater illumination, the pair pioneered underwater photography. 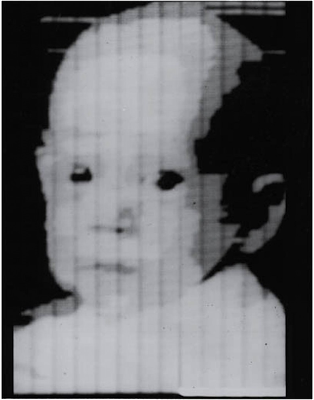 The first image scanner ever developed was a drum scanner. It was built in 1957 at the US National Bureau of Standards by a team led by Russell Kirsch. The first image ever scanned on this machine was a 5 cm square photograph of Kirsch’s then-three-month-old son, Walden. The black and white image had a resolution of 176 pixels on a side. Technically, this is the very first digital photograph – all these years later, digital cameras are only just beginning to have the full capabilities of film cameras.